All the Pretty Little Ponies - My Little Cluster

Now that I had a working HandBrake container capable of running in parallel, obviously the next step was to buy a proper cluster of computers, right? 😇 After much researching, I settled on a configuration and bought five beefy computers in a mini-computer form factor. Video transcoding will use as much computer power you’ll give it, and I have future plans of using this cluster to offload compiling programs, so I erred on the side of awesome.

The taller model has space for a second 2.5” drive

In the beginning I had trouble telling the nodes apart because they all looked the same. Did I set up the third one from the left already? 🤔 So I named each node after a My Little Pony character and put the corresponding pony atop for shits and giggles: Rainbow Dash, Pinkie Pie, Twilight Sparkle, Fluttery Shy, and Apple Jack.

I started by booting each node from a Ubuntu USB stick, and using kubeadm to set up an artisanal cluster: hand-crafted and lovingly configured. That helped me prove out how to setup a cluster. Next step was to automate the cluster setup!

I knew PXE booting was a thing, and while I’m all about the DevOps, most days I’m a bit more dev than ops. When my friend Ryan hit me up, asking to sleep on my couch while he attended the local legacy computing conference that was being hosted in the Chicago burbs, I instantly agreed and warned him that in return he would have to help me figure out this whole PXE boot stuff. 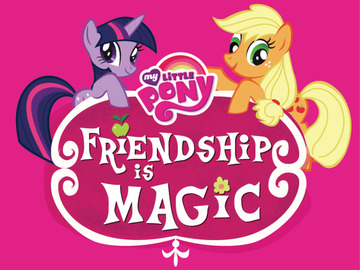 Ryan is the one on the right

That week was filled with said legacy compute conference, DevOps Days Chicago, a butt-numbing amount of video games, and an epic day of pairing with Ryan learning the ins and outs of syslinux. Ryan knows his shit, and by the time he was back at LazerCo my cluster setup was fully automated. The result is a Raspberry Pi running dnsmasq, which takes care of DHCP, DNS and PXE booting.

This could really use some ascii art

After booting a node from the LAN, I can either set it up as the master of a new cluster, or join to an existing cluster. The entire Debian installation and kubeadm setup is fully automated; all I need to do is wait for it to complete, and then run a single command to finalize the node. It takes about seven minutes to go from a newly assembled computer to fully joined and running workloads.

I am my own personal chaos monkey

Honestly, I didn’t expect the PXE boot setup to be all that useful. I would run it once, and then it would only come in handy for hypothetical new nodes. In fact I’ve used it a number of times as I’ve tweaked my cluster setup, accidentally dorked-up a node while trying out various cluster storage options, and when upgrading the cluster to the latest version of Kubernetes.

For those keeping score at home, I had: