I Did a Thing - My Little Cluster

So I haven’t been completely honest with you. I left some parts out of my story. This isn’t just about video transcoding, Kubernetes, or rainbow-colored ponies.

In March, after a rousing breakfast at the local pancake house, I realized what I really wanted to do next in my career: I wanted to work with Go, interact with the community, and contribute to upstream Kubernetes… for my day job. I wanted to build the next generation cloud infrastructure that I had fallen in love with over the past year. I wanted to be a part of something that, when I met you at the next meetup or conference, I could cajole you into trying out for the first time.

I picked up those little computers with the vague intention of building out a bare-metal Kubernetes cluster because I thought I could learn a lot from doing it. And because this bear is fucking inspirational. 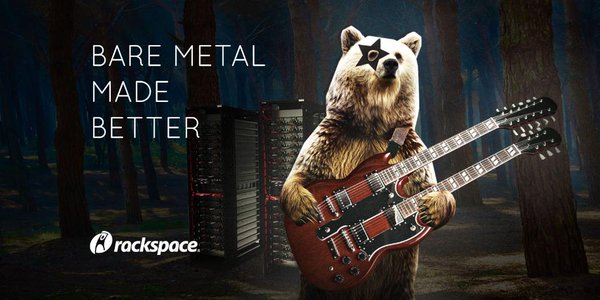 I would totes hang with this bear

It was a really great plan with absolutely nothing behind it. I knew Go, I knew enough of Kubernetes to be really excited about it, but I wasn’t able to convince anyone to take a chance on me.

I spent months quietly agonizing over if I had made a huge mistake, all the while continuing to double down on my big plan. I pushed so many pull requests to dep that Sam broke down and promoted me to a maintainer. I attended GopherCon in July and had a great time hacking with people I had previously only known by their github handles.

And then this happened: I was too lazy to get off the couch to put in a DVD, and yet fanciful enough to think spending three months building a pony-themed cluster was less work.

But that’s not the end of my story. While I did battle with my pony cluster, I kept applying to my list of dream jobs. “Not technical enough”, “Not a Linux kernel developer”, “Not enough production distributed systems experience”, “Not an SRE”… After months of rejection, it became more and more difficult not to believe that the problem really was me…

Eventually I had applied to every company on my list but one. I was damned afraid of applying because when they inevitably passed on me like everyone else had, my list would be empty, and then what would I do? Fuck if I was going to admit that my big dream was a big bust, that there wasn’t room for someone like me. So I pestered everyone I knew at this company, no matter how tenuous the connection, until I finally heard back and landed a phone screen.

And you know what? This time it wasn’t a dramatic reenactment of the Spanish Inquisition. We just talked about the things I loved, until he really had to go. They called me in for an on-site interview, and no one questioned whether I belonged there. We all talked shop, I babbled about the latest k8’s release, my little pony cluster, and of course tried to trick people into using dep.

As luck would have it, my story has two happy endings. I am joining the Microsoft Azure Containers team next month! Thanks to my husband buying me time by working for The Man, the amazing support from my fellow gophers, and maybe a little bit of help from a little pony cluster… I did it.